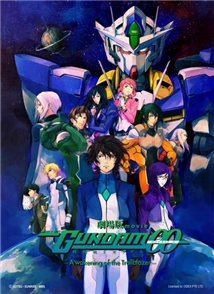 In the distant future, mankind has used up all of its fossil fuels, forcing them to turn to Solar Power as an alternate energy source. As a result, this causes a rift to form between richer and poorer nations, eventually leading to war. In the midst of this conflict, a mysterious military group known as "Celestial Being" aims to use force to bring peace to the world, by using special humanoid weapons known as Gundams.