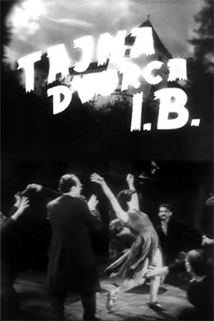 'Tajna dvorca IB' is a balletic musical, dialogue-less, propaganda rendition of Cominterne's Resolution used by Stalin to regain his rule over non-Soviet communist countries, especially Tito's Yugoslavia. This film can be considered as one form of Tito's propaganda response to Stalin's demands. Set in a metaphorical state, it describes the alchemical creation of Resolution in a desolate castle where enslaved Communist leaders work under Stalin's command. When the Resolution, in shape of a young woman, is released to the public, workers and citizens despise her and she returns to its' creators, her fate showing them that Yugoslav people are against Stalin's rule. This film remains a curio even for the most knowledgeable connoisseurs of Yugoslav film.