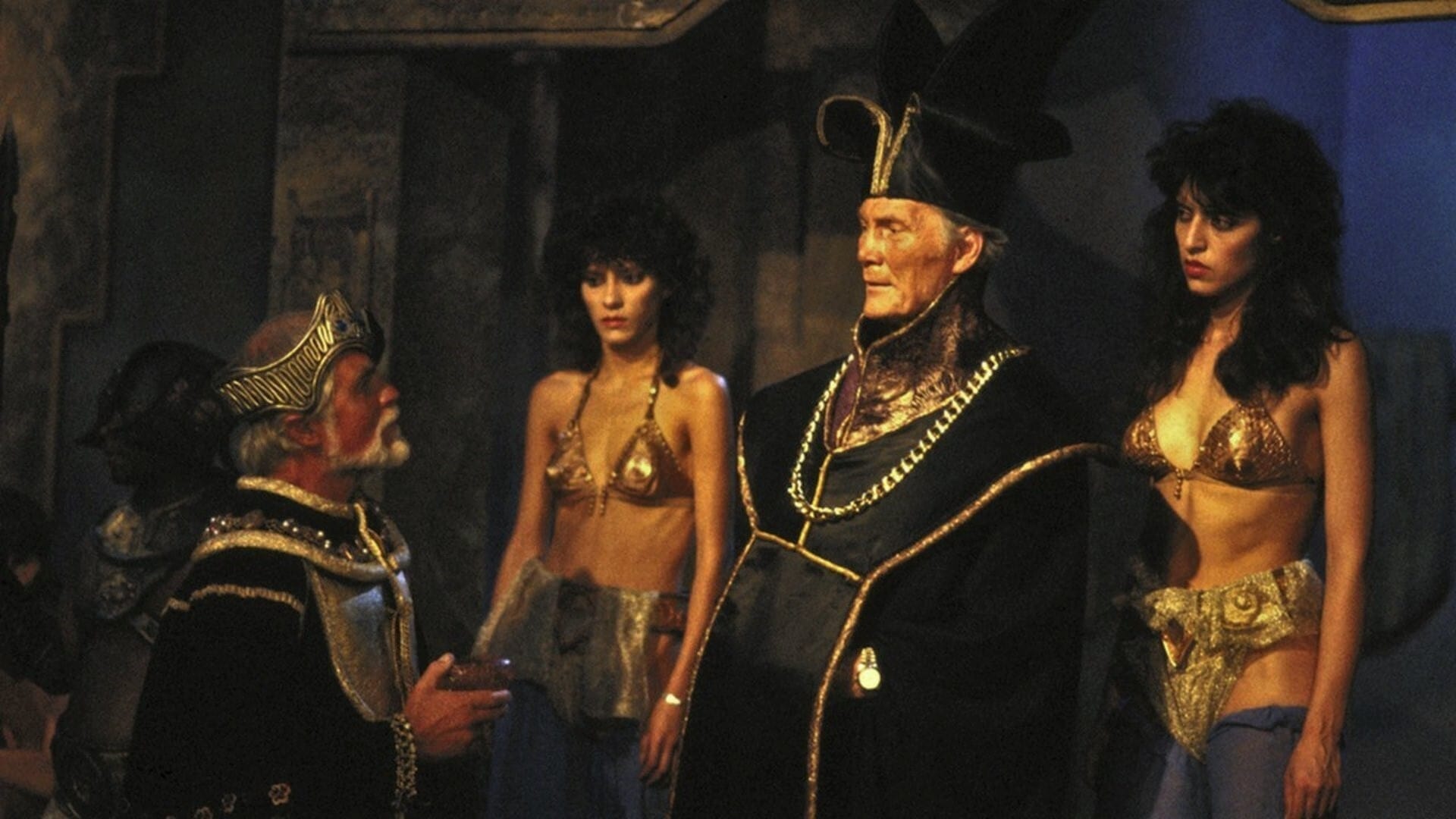 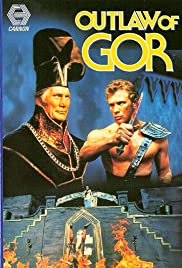 Better known as "Outlaw" to those of you who watch the TV show "Mystery Science Theater 3000". It's about a beefy blonde and his oily friend Watney. They are teleported by a rose quartz because The Elder (he has no name, Just "The Elder") thinks that Xeno, the Priest by a clearly drunk Jack Palance, has eyes for the throne. Of course, Cabot cares nothing for such intrigue just for the Princess he had "ooh-la-la" with from the previous film "Gor". The Elder is off, though. It's the Queen who wants the throne for her own. Naturally, Watney is seduced by the Queen to implicate Cabot murdering the King, and Cabot and his platinum blonde midget friend escape off into the desert, where they free a slave girl and are just as quickly captured by a bounty hunter. The Princess is forced, meanwhile, by the Queen to fight The Leather Women.